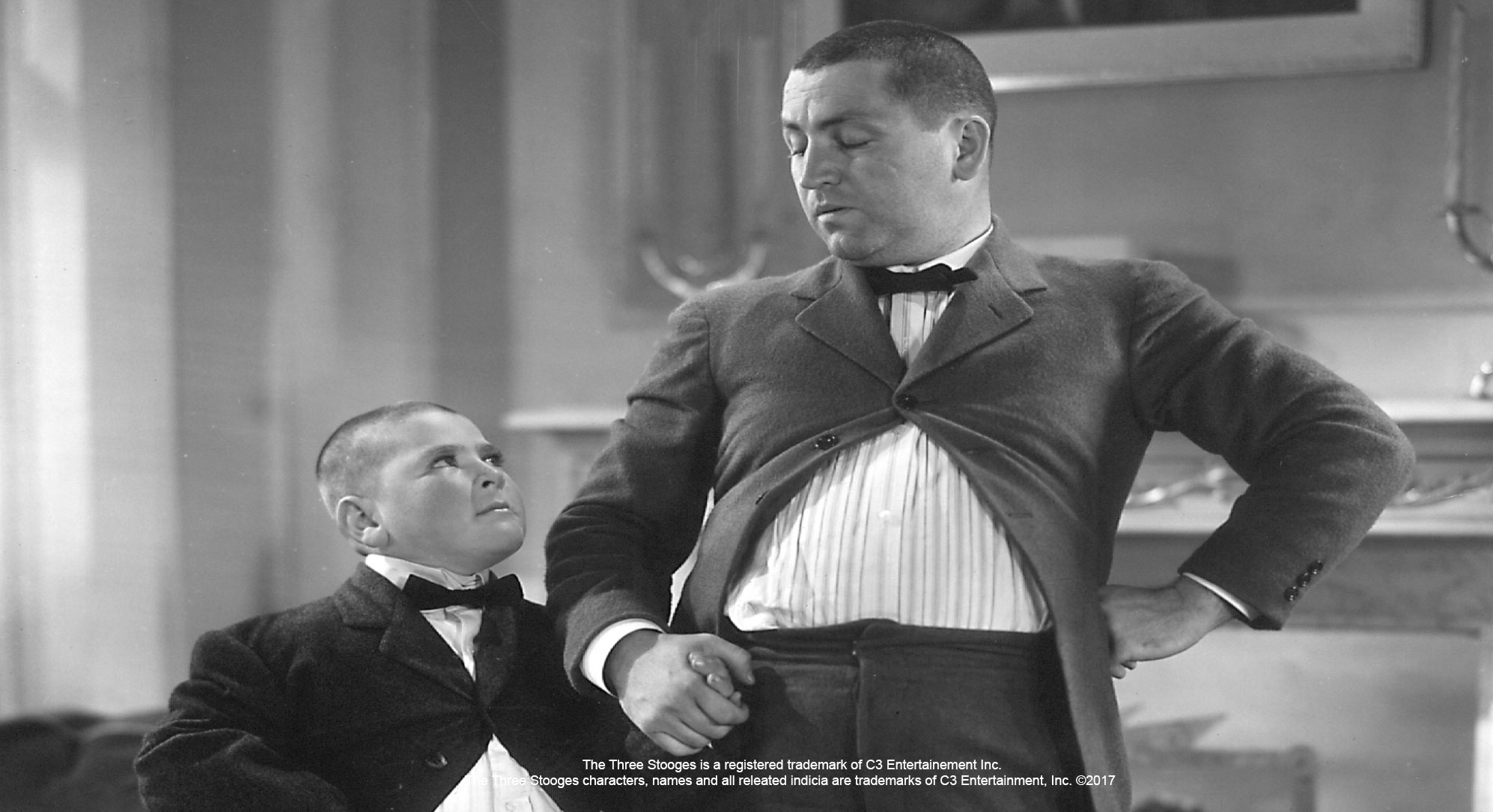 The Three Stooges are all about fun at any age. These activities will be entertaining and educational during family-fun time.

Simply open the images in a new tab save as a download and print. 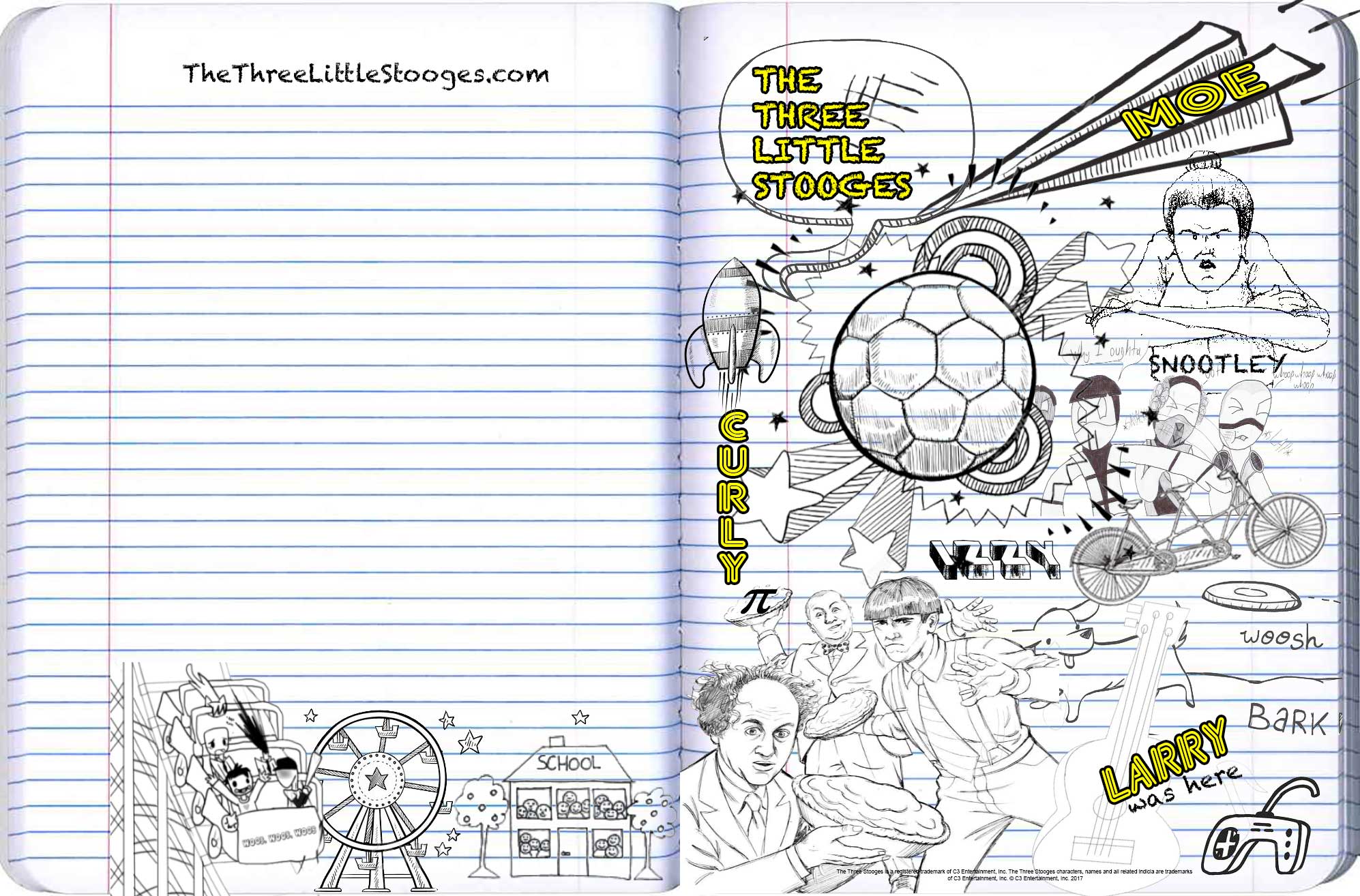 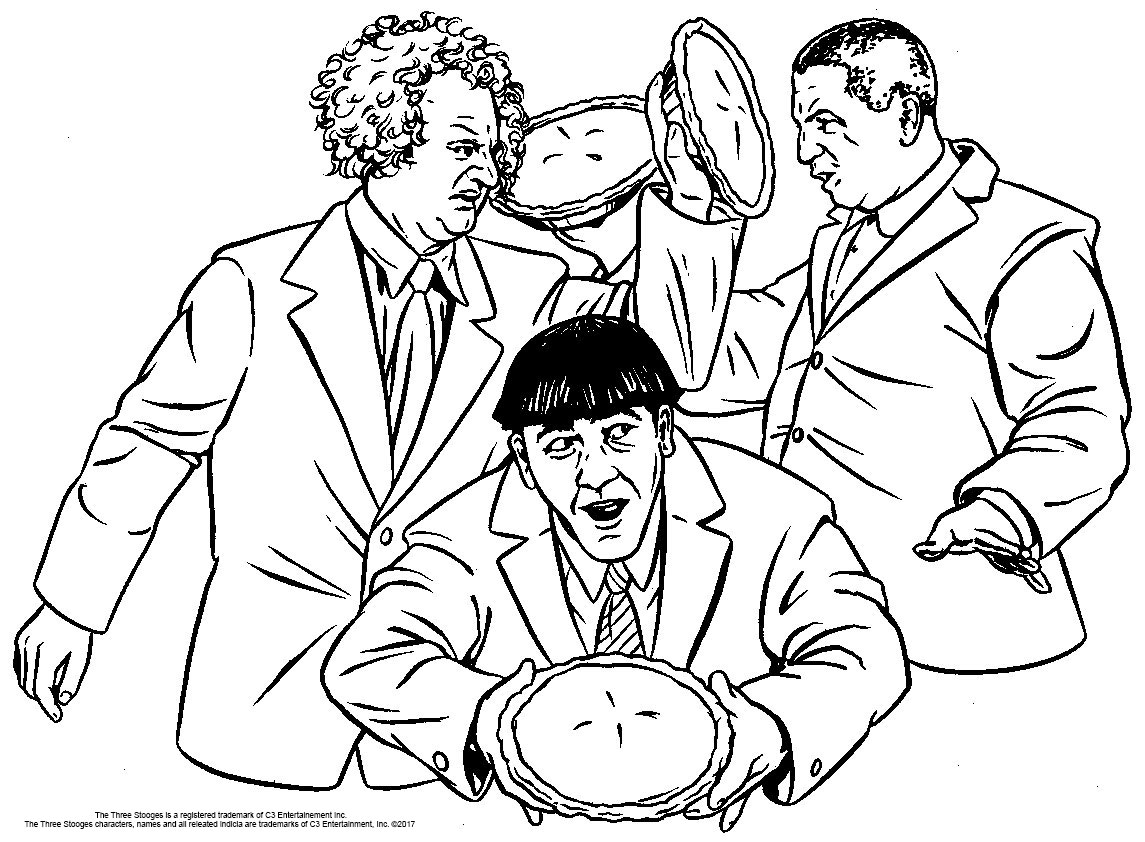 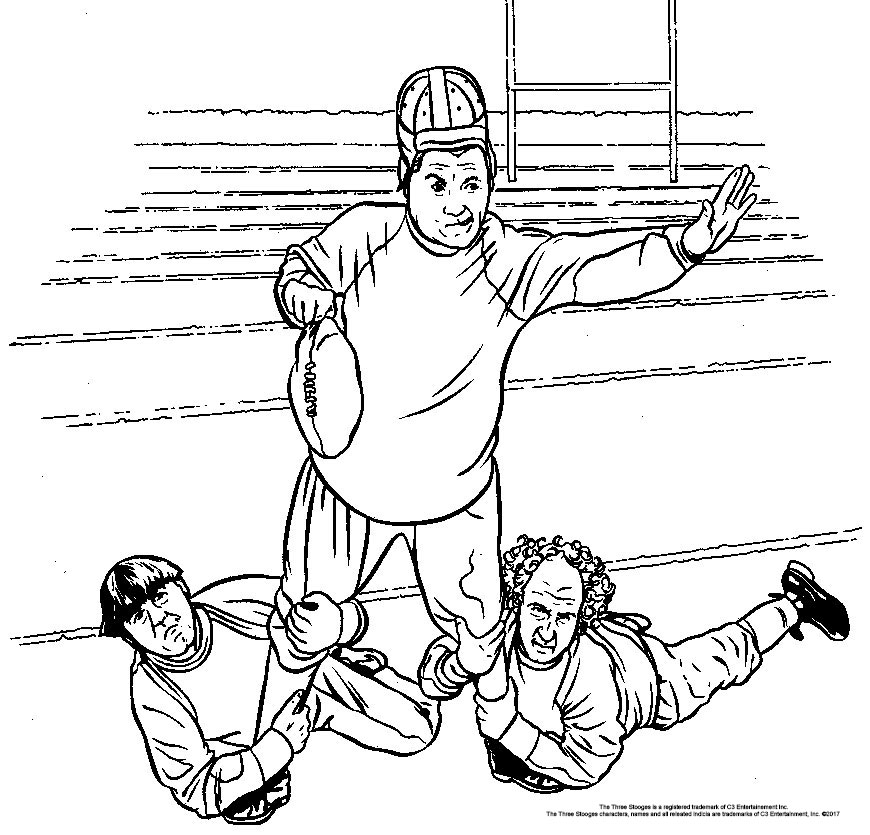 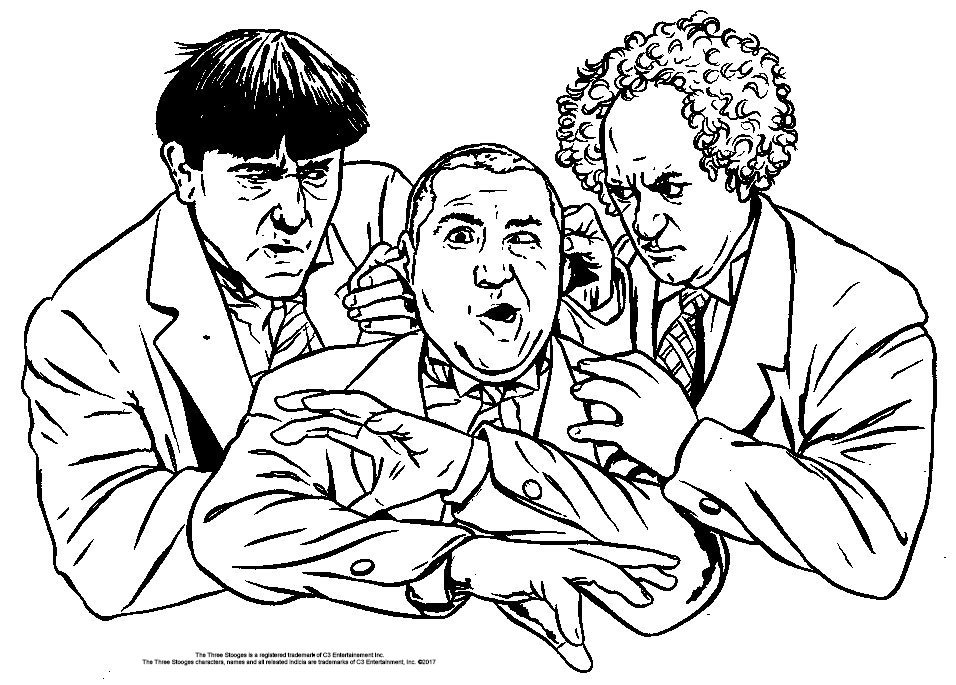 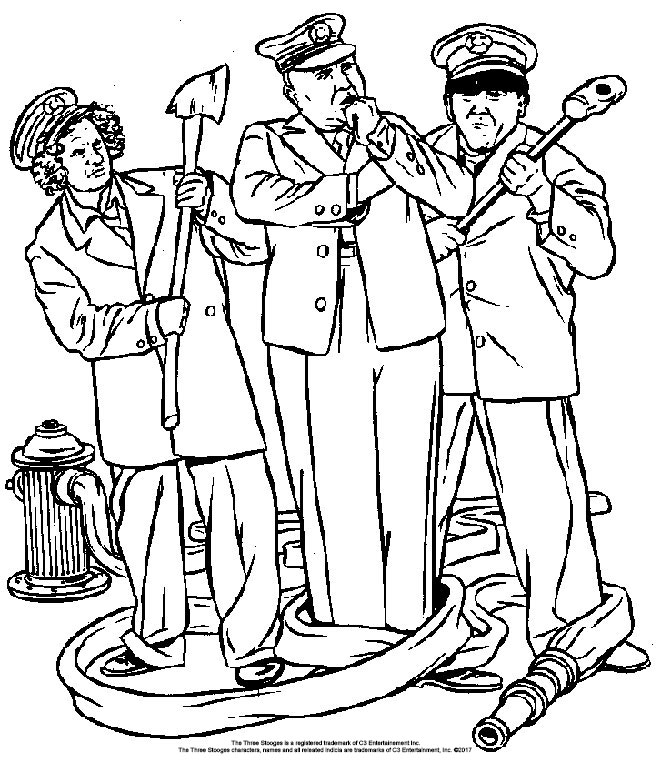 Make your very own Three Stooges heads. The instructions are originally intended for Punch Art, but some scissors and craft paper will do the trick. 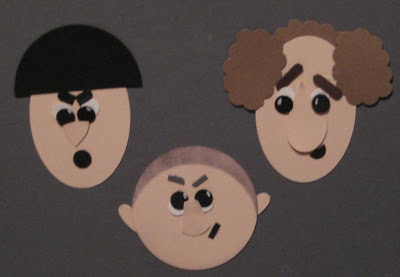 Here’s what you’ll need:
Moe and Larry – wide oval heads
Curly’s head- 1.75 circle
Moe’s hair – 1.75 circle
Curly’s hair – sponged on
Larry’s hair – scallop ovals, re-punched to make smaller
Moe’s nose – small Heart to Heart with bumps cut off
Curly’s nose – 1/2 inch circle then snipped straight on both sides angling just a little to be smaller on the top
Larry’s nose – leaf from Two Step Bird
All eyes are white and black standard hole punch offset so you can see a bit of the white
All eyebrows are slot punch – Moe, cut in half – Curly cut in half again
All mouths are standard hole punch – cut for Larry and Curly
Curly’s ears are small Heart to Heart
Thank you to Ellen Kemper for this tutortial.

Music by The Three Stooges is available on the iTunes Music Store. Music has always been a big part of The Boys act. Download their classic songs and albums.

The Three Stooges are known for their iconic routines, catchphrases and one-liners. Follow this list and you’ll have your kids and teens woob, woob, woobing around the house in no time.

I try to think, but nothing happens.

I resemble that remark.

I’m a victim of soicumstance!

Wake up and go to sleep.

Better watch your P’s and Q’s

Hey, cut that out!

No Moe, not that!

I beg your pardon, do you have any idea what we’re doing?

Don’t worry, we always fix it right the second time!

Next time you come in, knock first… and then don’t come in.

Be sure and check out our Video Page!

The Three Stooges® Zombie Defense is a classic tower defense game with Larry, Moe & Curly fighting hordes of Hollywood-inspired zombies. The game is free to download and play. It is available for Android and iOS.

In the game, players assume the roles of Larry, Moe and Curly as they get behind military-grade seltzer bottles and projectile pies to defeat waves of zombies.  The game can be downloaded from Google Play and from the Apple App Store. 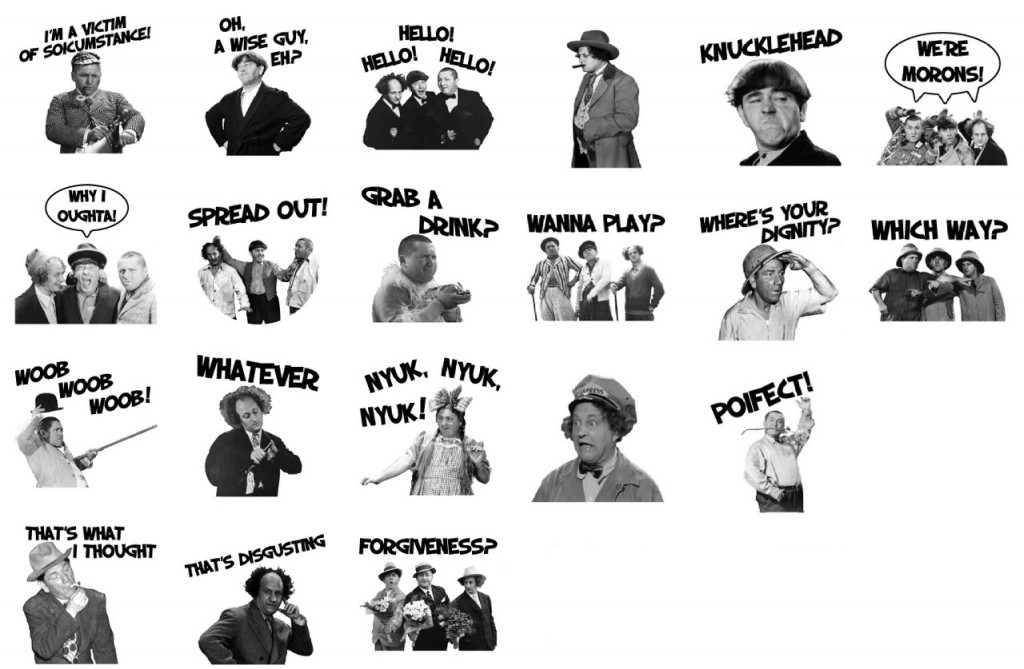 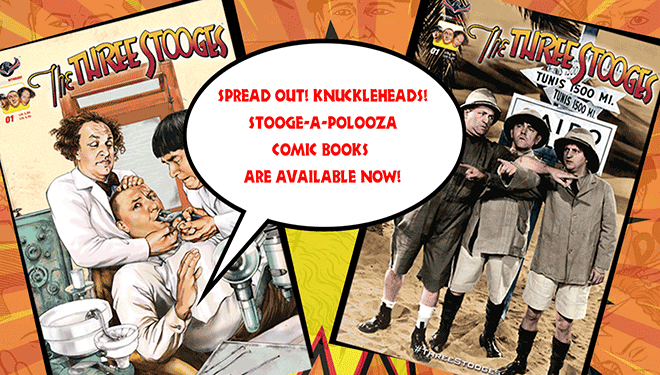 Visit The Official Three Stooges Store, Shopknuckleheads.com and check out their line of juvenile t-shirts, comic books and plush toys and figurines.

Now we have phrase written documents available right away. We could as well guide highschool and even college learners and also we could assist having any kind of plan writing help.